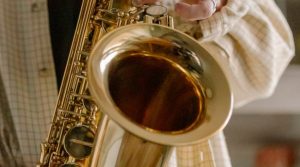 Tribute Bands are an awesome way to enjoy close-to-reality performances of artists who are either dead or located continents away. Or unaffordable! Many such bands have performances so authentic it would be hard for many people to tell the difference between them and the original artists.

Moreover, tribute bands are relatively affordable and easy to reach. Usually, they are all rounded up from vocals, choreography, and costumes. Moreover, they possess the ability to perform famous songs and take on requests from their audience. This article highlights some of the top tribute bands in the UK.

The band has been listed among the most popular tribute bands in the UK. Its origin can be traced to London where they staged their first performance at a student gathering after it was created in 1980. The band continued to perform low-key events and shows across the globe as it continued to gain momentum and deep roots. The band has performed in several world-class corporate events. The band has staged over 4500 shows since its formation. It is still active with Gordon Elsmore, Tyson Kelly, Stephen Hill, and Steve White.

This is one of the most influential tribute bands in the United Kingdom. It consists of renowned members who have flourished in the world of cover bands. Moreover, the band is reassuring of its glorious performance acts on stage. With years of experience in the industry, the band continues to stage performances in theatres, festivals, weddings, and corporate events.

It incorporates the taste of the oldies and those of the new generation. The band is easily accessed via its website and is open for bookings. If you are a lover of tribute acts, you need to sample an ABBA Experience performance.

This group has distinguished and dedicated professional musicians feeding their audiences with songs and content similar to the original UB40. The award-winning band is committed to staging a show stopper performance replicating the work of the original UB40 group.

The band performs in theatres, weddings and other corporate events. Moreover, the original UB40 has inspired various individuals to replicate their work. Among the many inspired is the solo artist Neil. Driven by a passion for reggae music, he performed the moving solo tribute to the UK’s renowned band. However, the UB40 tribute band is the most popular tribute band covering tracks of the original UB40.

They have performed popular sing-along hits such as New York. Their performances are easy to enjoy, and their slick dance moves are simple. This London-based band is ideal for corporate events, weddings, and social events. The band has many positive reviews on their website. In addition, their website is very easy to use for bookings.

What else would a tribute act lover want?

Subscribe for the latest on events and news on tribute bands